Dr Kennedy was appointed Secretary to the Treasury with effect from 2 September 2019.

Prior to his appointment as Treasury Secretary, Dr Kennedy was Secretary of the Department of Infrastructure, Transport, Cities and Regional Development between September 2017 and August 2019.

Dr Kennedy began his public service career in 1992 as a cadet at the Australian Bureau of Statistics. Prior to joining the public service, he trained and worked as a nurse.

Dr Kennedy has served on a number of boards and is a member of the Reserve Bank Board, Council of Financial Regulators, Trans-Tasman Council on Banking Supervision, Board of Taxation, New Zealand Treasury Board, the Sir Roland Wilson Foundation and the Centre for Market Design Advisory Board.

He is also the Institute of Public Administration Australia (IPAA) ACT President.

Dr Kennedy was awarded a Public Service Medal in 2016 for outstanding public service in the area of climate change policy.

Dr Kennedy holds a PhD and a Masters in Economics from the Australian National University, and a Bachelor of Economics (First Class Honours) from the University of Sydney. 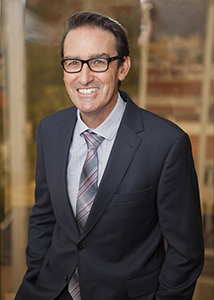